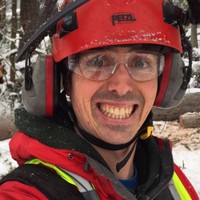 Arborist of the Future 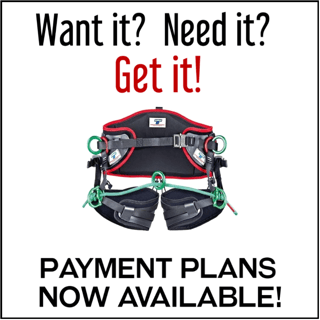 Automation and its looming impacts on the workplace is a subject getting a lot of attention and discussion world-wide. We tend to think of our jobs as being highly dynamic, with access being the primary difficulty for technology to overcome. Being a relatively niche industry is not a barrier to technological advancement, and the clock is ticking on the challenges of our work procedures and environment being out of the rapidly evolving reach of automation. Will this advancement help or hurt career Arborists in the short and long term? That may depend on your own willingness to adapt.

The Brookfield Institute (a Canadian think tank) has produced a report (The Talented Mr. Robot: Theimpact of automation on Canada’s workforce) and provided data from a wide variety of Canadian Occupations. Arboriculture isn’t specifically referenced, but there are close links that suggest Arborists are not immune to workplace disruption by technology:

Speculation on how workers will be affected by automation varies widely from a worker being made redundant to a less disruptive modification of work duties, or in the best-case scenario, having their current duties enhanced by robotics or automation. Many enhancements are already in our hands, including climbing and power equipment with improved performance and efficiency, laser range finders, drones, field data collection phones/tablets and apps, cloud-based storage, handheld GPS units, municipal GIS access, digital resistography, etc. Most of these advances primarily support the collection and distribution of information, but a quick glance at our modernized heavy equipment and small engines reveals features such as real-time remote ECU tracking, shutdown and diagnostics, 2 stroke electronic ignition and automatic fuel metering in varying altitudes or fuel qualities, improved ergonomics, and so on. In climbing and rigging, we can now affordably measure force applied at anchor points or on hauling systems accurately and in real time.

The technological advances do come with resisters. Professional chainsaws are the notorious target of subjective slander at Arborist gatherings for reasons of meeting emissions requirements, integrating a microprocessor, or for not having the “feel” of analog and tune-able models from a decade earlier. Is a luddite Arborist with an autonomous chip truck and a 3D printer the small business of the future? If our continued attraction to home brew, vintage motorcycles and vinyl records has anything to say for the human experience, it’s that as productivity is increasingly measurable, it’s the immeasurable experience that continues to captivate many of us.

As for my own predictions for the tree care world over the short term, I expect that workplaces with a medium or large number of workers will not replace workers with autonomous robots, but that as workers exit the work place for the usual reasons, replacements are not recruited. How we get to and from the job site, and how material is moved from the tree where work is occurring and all the way to the composting facility is where I expect to find automation adopted in less than 10 years.

The Case for the Course